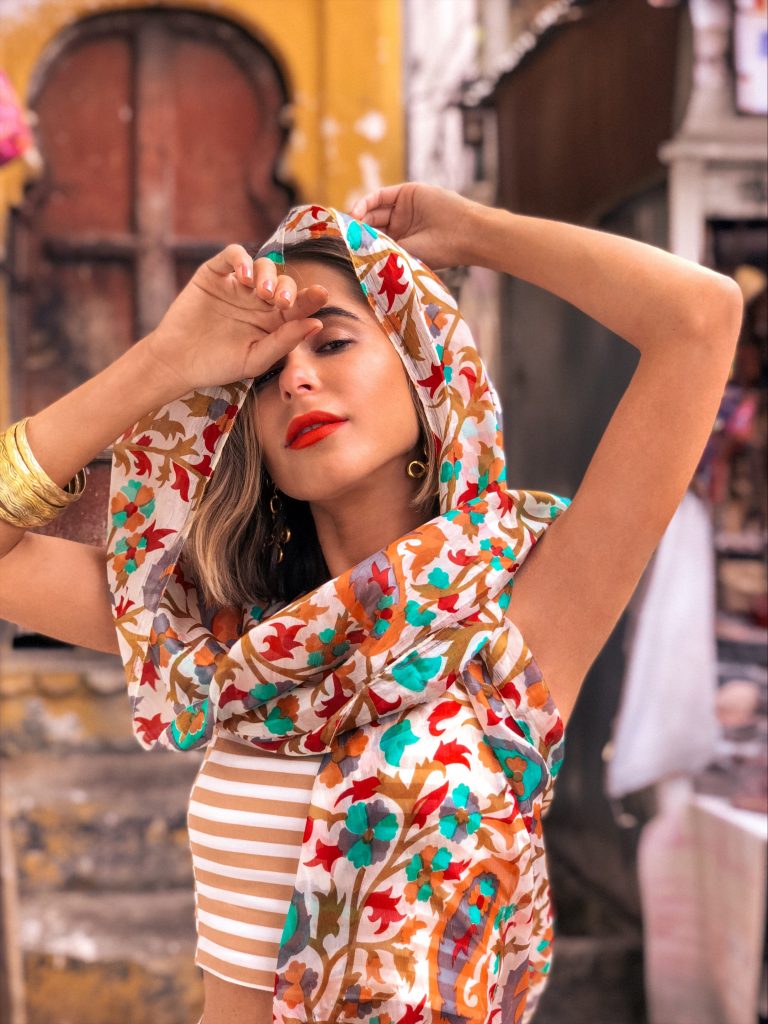 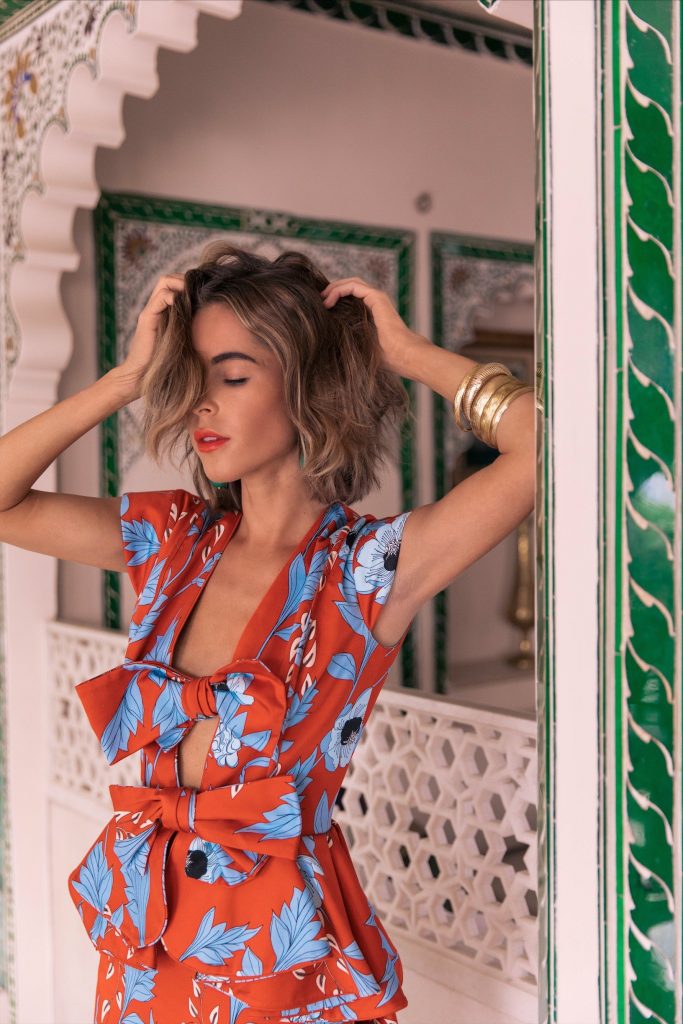 I’ll admit it. When Chelsae Anne (my photographer) asked me to join her + her crew in India during their month-long journey throughout Asia, I said “Chels, you’re crazy…” Only to take a step back and realize this was an opportunity of lifetime. Exhausted from traveling nearly every week the past two months, I put on my big girl pants, called my travel agent while I was in Mexico with my boyfriend and said, “book the ticket.” I didn’t check my bank account. I didn’t think twice about flying halfway across the world by myself. I simply thought, “go.” So, I sourced outfits for what would be one of the most gorgeous places I’ve ever shot at and a week later, found myself en-route to mystical India…

4 flights later, I arrived at a small city in Rajasthan called Udaipur. Udaipur, known as the “City of Lakes,” is comprised of lakes and lavish royal residences including City Palace (more on this later) and the exquisite Taj Lake Palace (where we stayed). It’s kind of like the Venice of India. 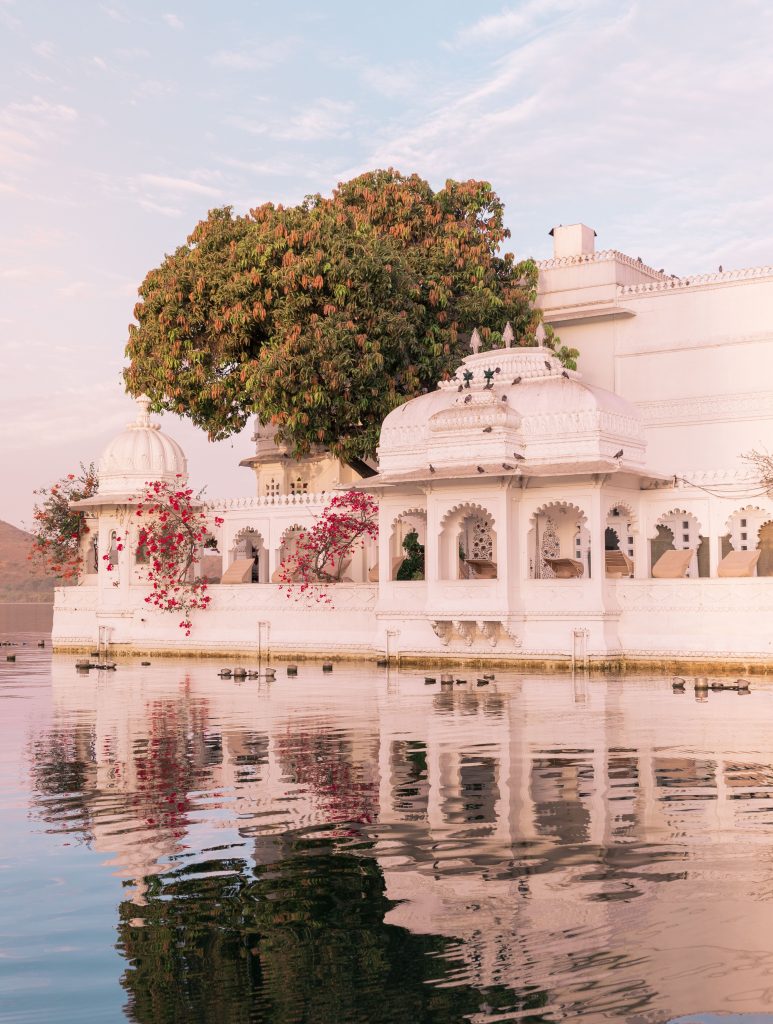 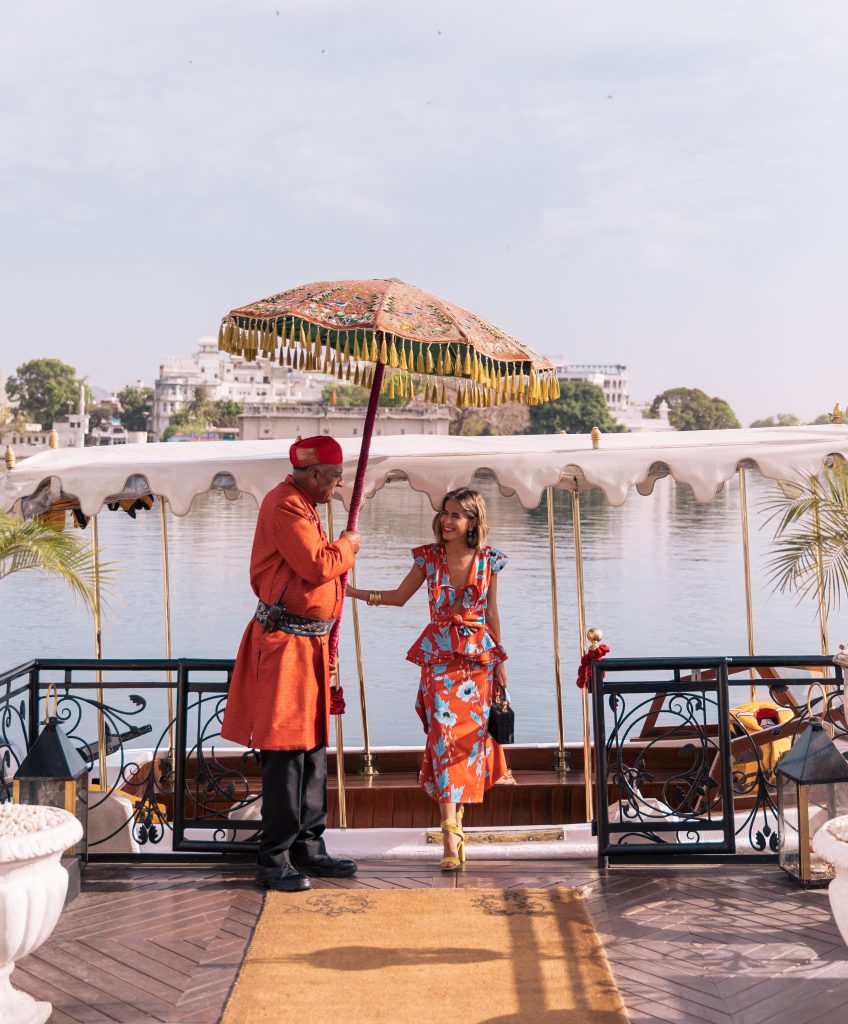 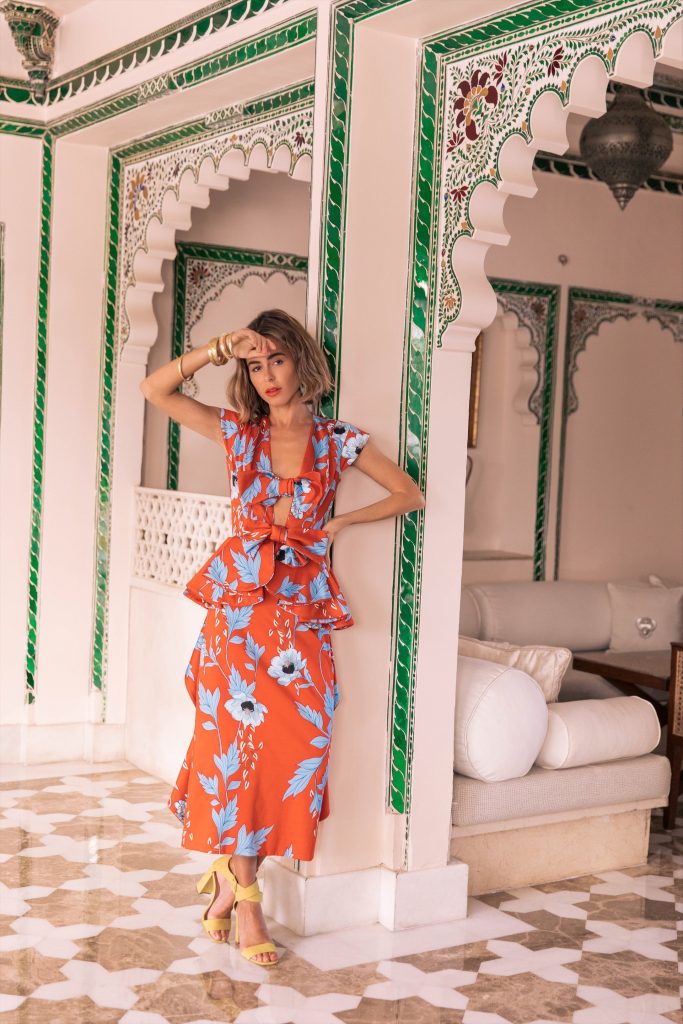 The floating palace in the middle of Lake Pichola was built in 1746 by Maharana Jagat Singh II as a “summer residence.” Today it’s a five-star luxury hotel as well as the backdrop for many TV shows, films and cameos like in James Bond’s Octopussy. (Don’t ask me why I keep running into James Bond themes throughout my travels. Guess Ian Fleming and I had similar tastes!) It’s one of the top hotels in the world and offers 360 degree views of the city and two historic boats (one for spa guests, one for dinner guests). It’s unreal.

Suddenly the thought of returning back to my tiny studio apartment in West Palm Beach sounded dreadful. “I could get used to this round-the-clock butler service,” I explained to Chelsea as we both chuckled at the irony of our simples lives back in the states compared to what we were presently experiencing in India… There’s a reason why people say Indian hospitality is the best and after experiencing this trip, I get why… 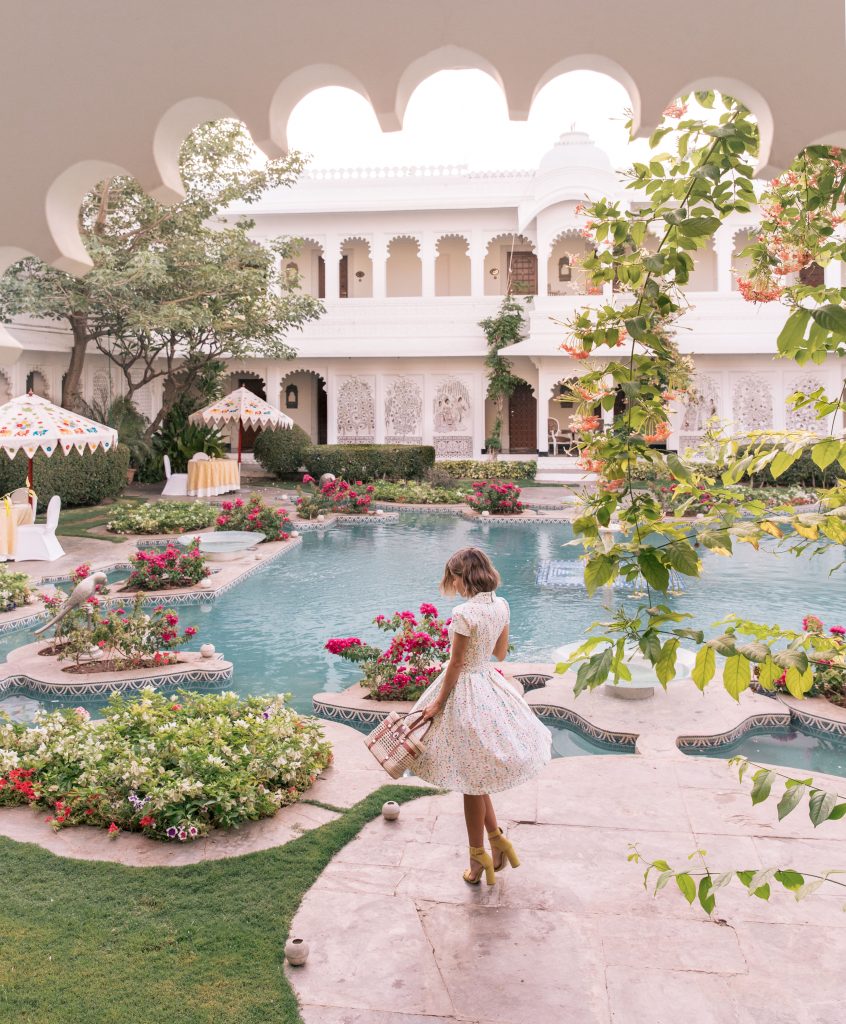 “You like this room?” said one of the managers at Taj as he gave us a tour of the property. “Yes, it’s beyond gorgeous!” I said. “It’s formerly the Queen’s Suite. Here, take it for the night.” Chelsea and I looked at each other with pure shock and bewilderment. What on earth did we do to deserve such incredible treatment?

Within minutes, our bags were moved to our newly upgraded room and we were eating Indian deserts and sipping Bailey’s Irish Creme as we planned our next shoot… we felt like royalty! 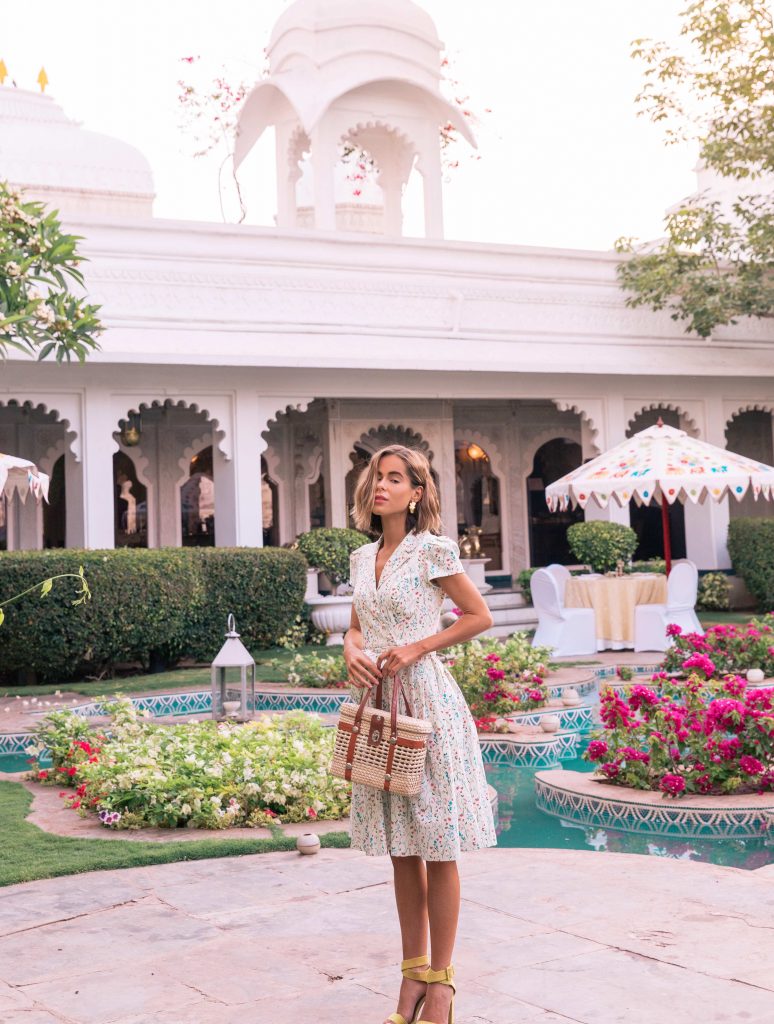 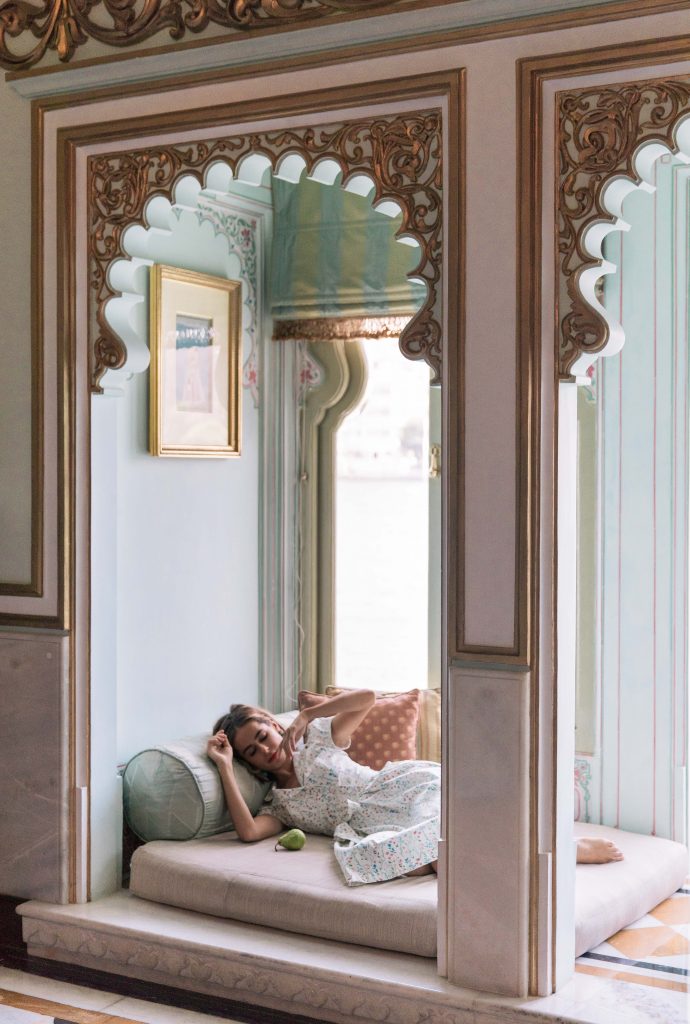 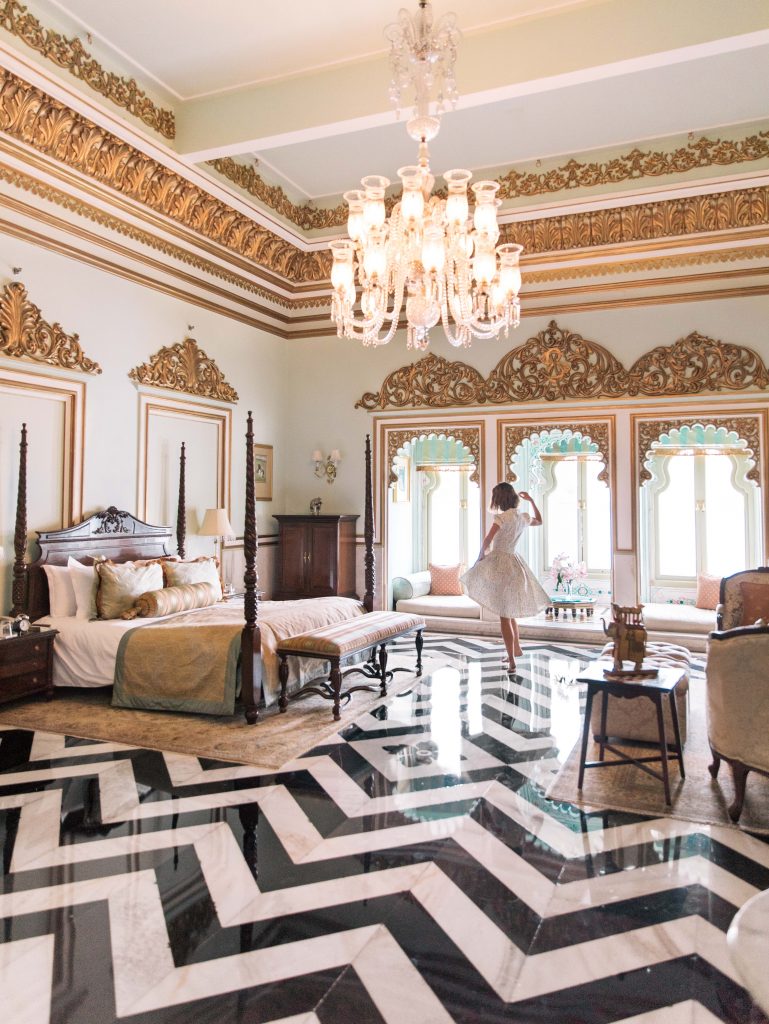 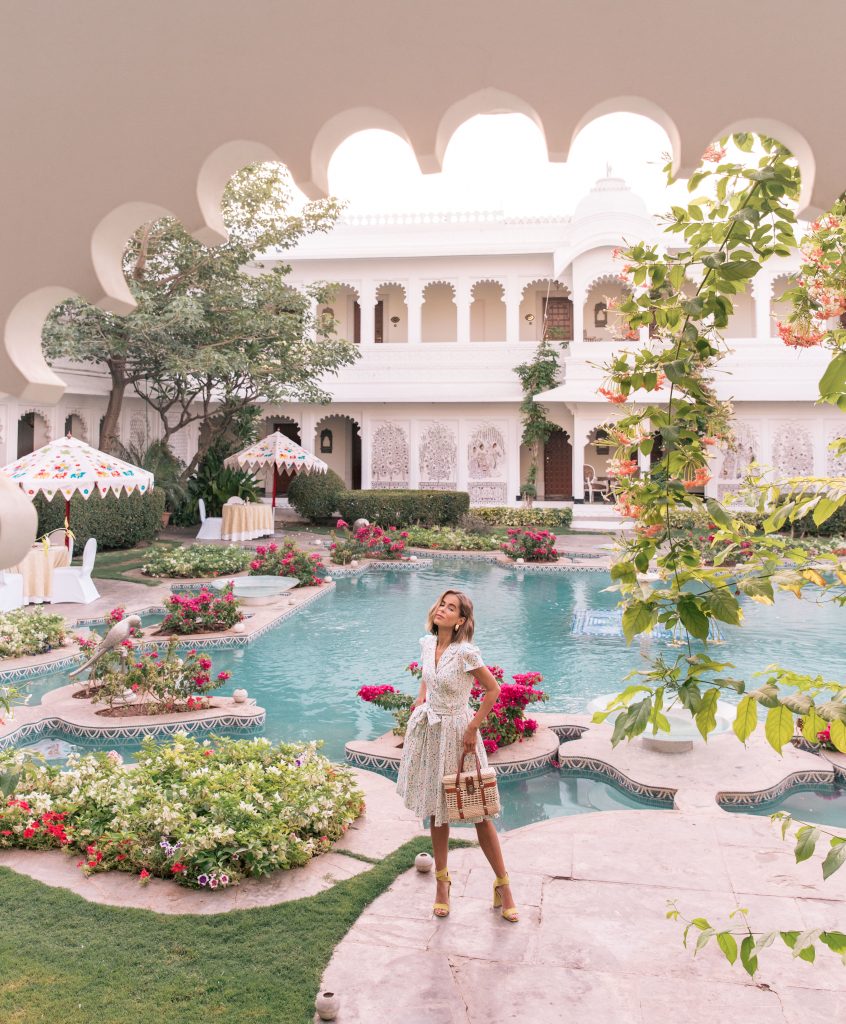 So if there’s one piece of advice I can give you, it’s this: save for traveling and special experiences like this. I guarantee it will not only enrich your life but change it forever…

Which leads me to Day 2 in Udaipur. Shopping at the market. 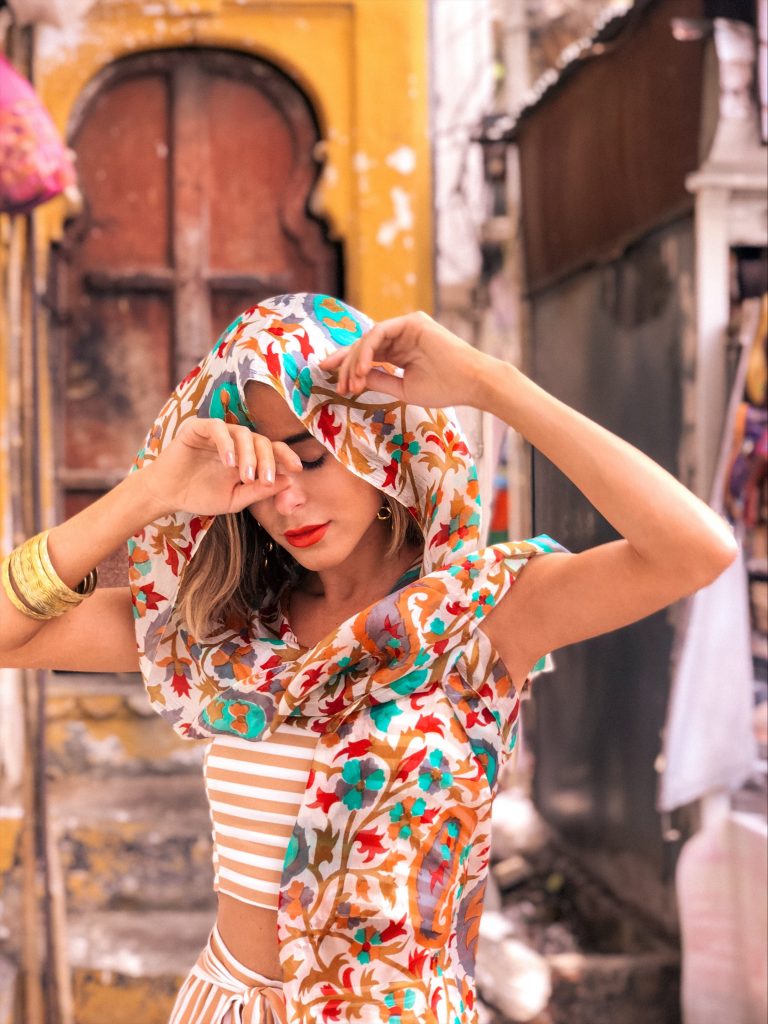 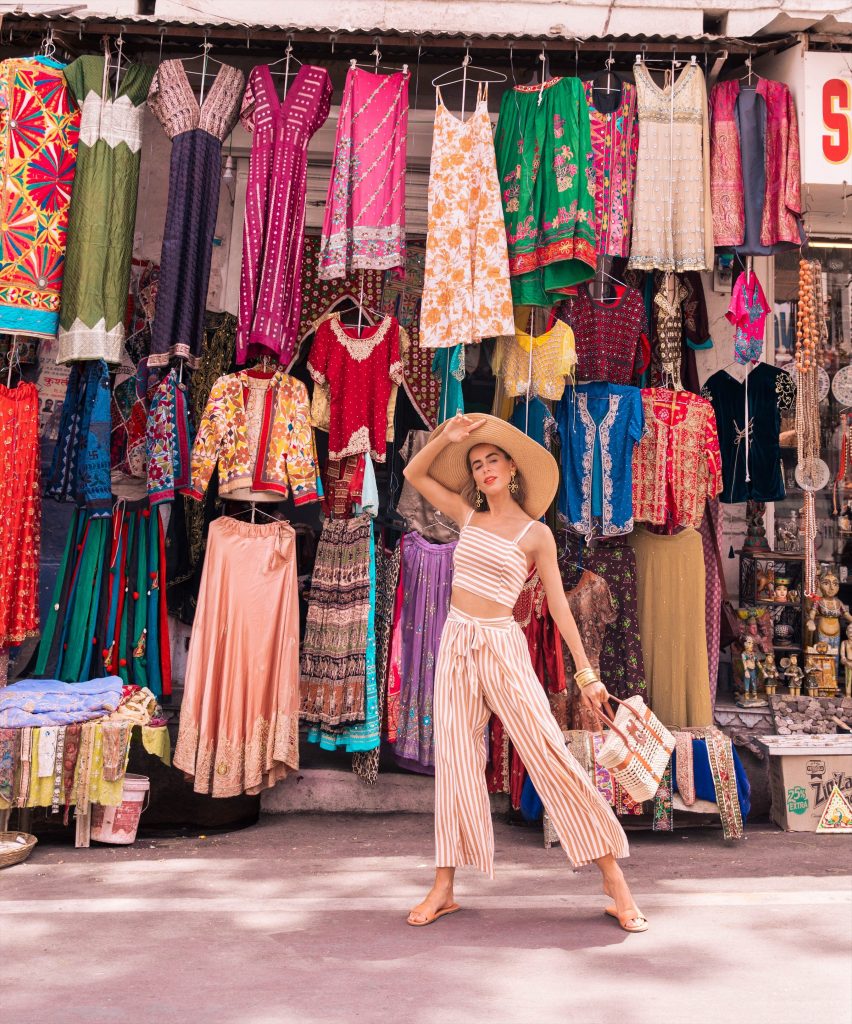 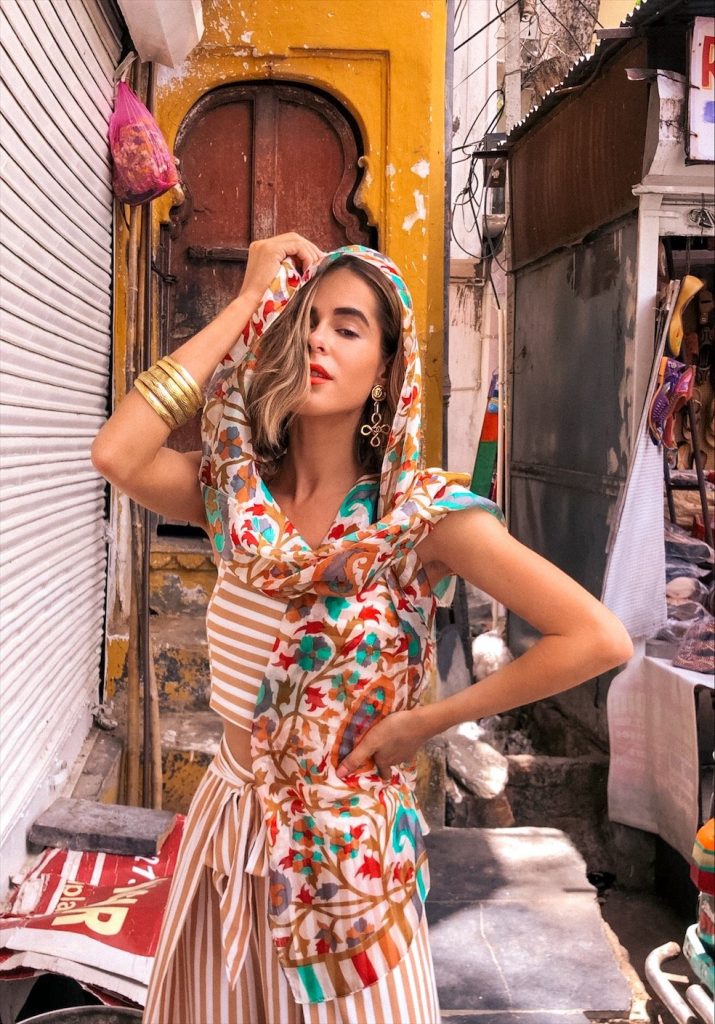 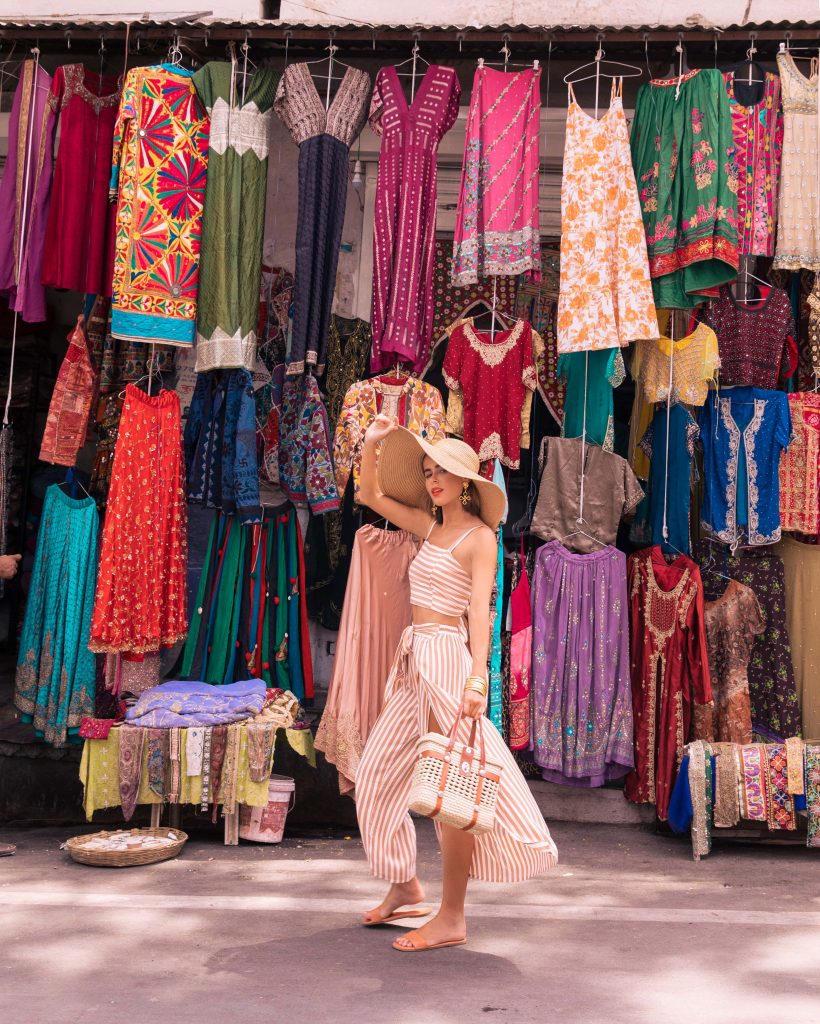 Before setting foot in India, I made a vow to myself to experience both sides: I wanted to experience Indian hospitality, luxury and over-the-top opulence for myself (check, check) as well as see and understand India’s poverty because I think both sides are equally beautiful in their own ways… and two extremes I “thought” I was ready for since (as I like to think) nothing really shocks me anymore.

Although improving, India’s poverty is still significant in certain areas. It’s hard to think that some people don’t live with more than $2 a day let alone basic necessities like electricity and clean water in 2018. Which was hard to see and digest. Walking through the market, striking up conversation with locals (many spoke or understood English) and seeing smiles on their faces despite not having much was humbling… it put a lot in perspective.

As my boyfriend says, sometimes “there’s beauty in simplicity” and the hardworking people of Udaipur were great examples of this. They were happy. Very simply, happy… my first lesson sweet learned in beautiful India.

P.S.: I received like a billion DMs about my IG Stories! First off, thanks guys! I LOVE your support so so much! And appreciate that you’re loving my Stories because I’m not one to sit in front of a camera and talk about my life so #phew. Second, the app I use to create them is called Unfold! It’s super easy to use;  one of my favorites!