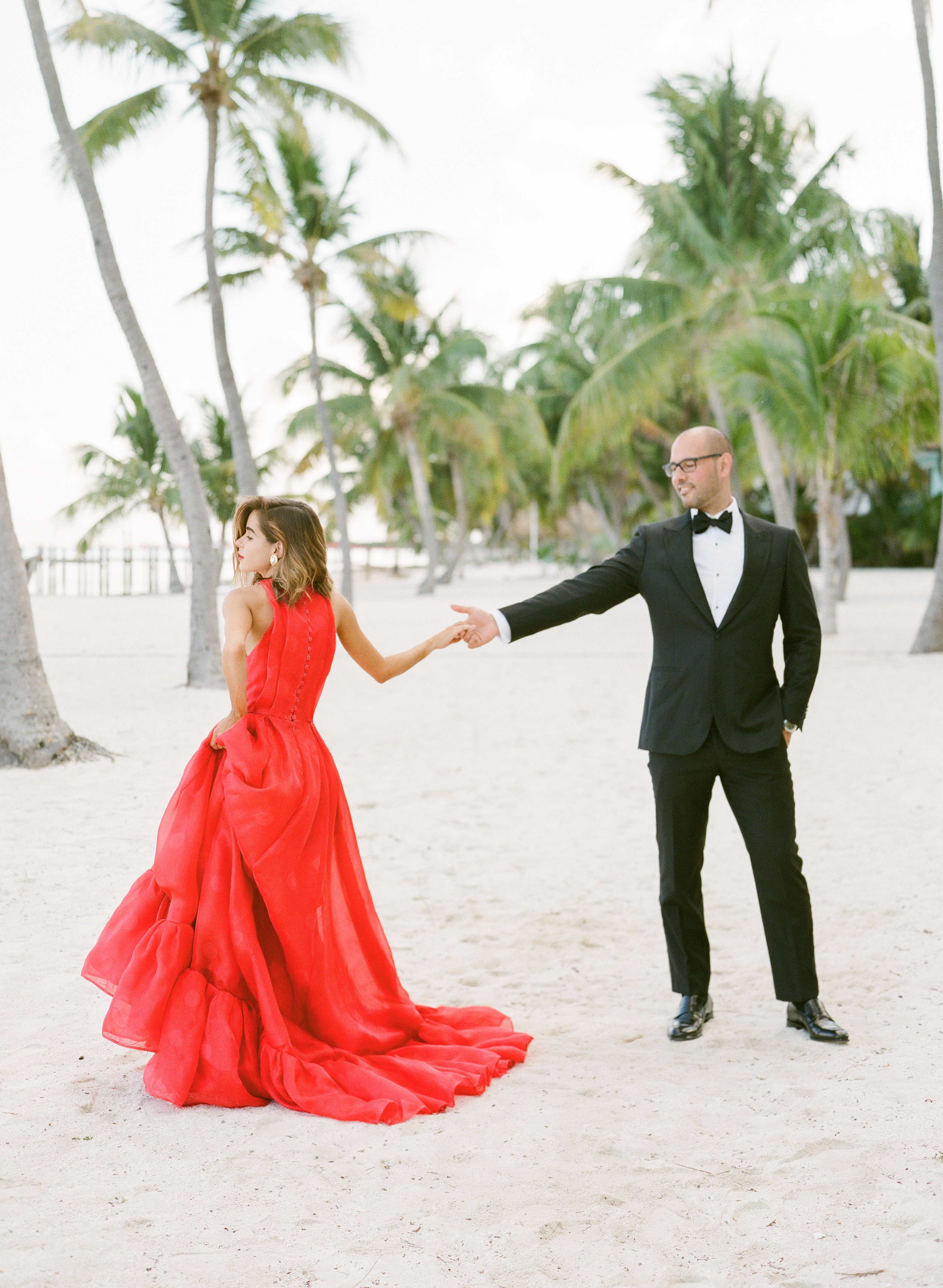 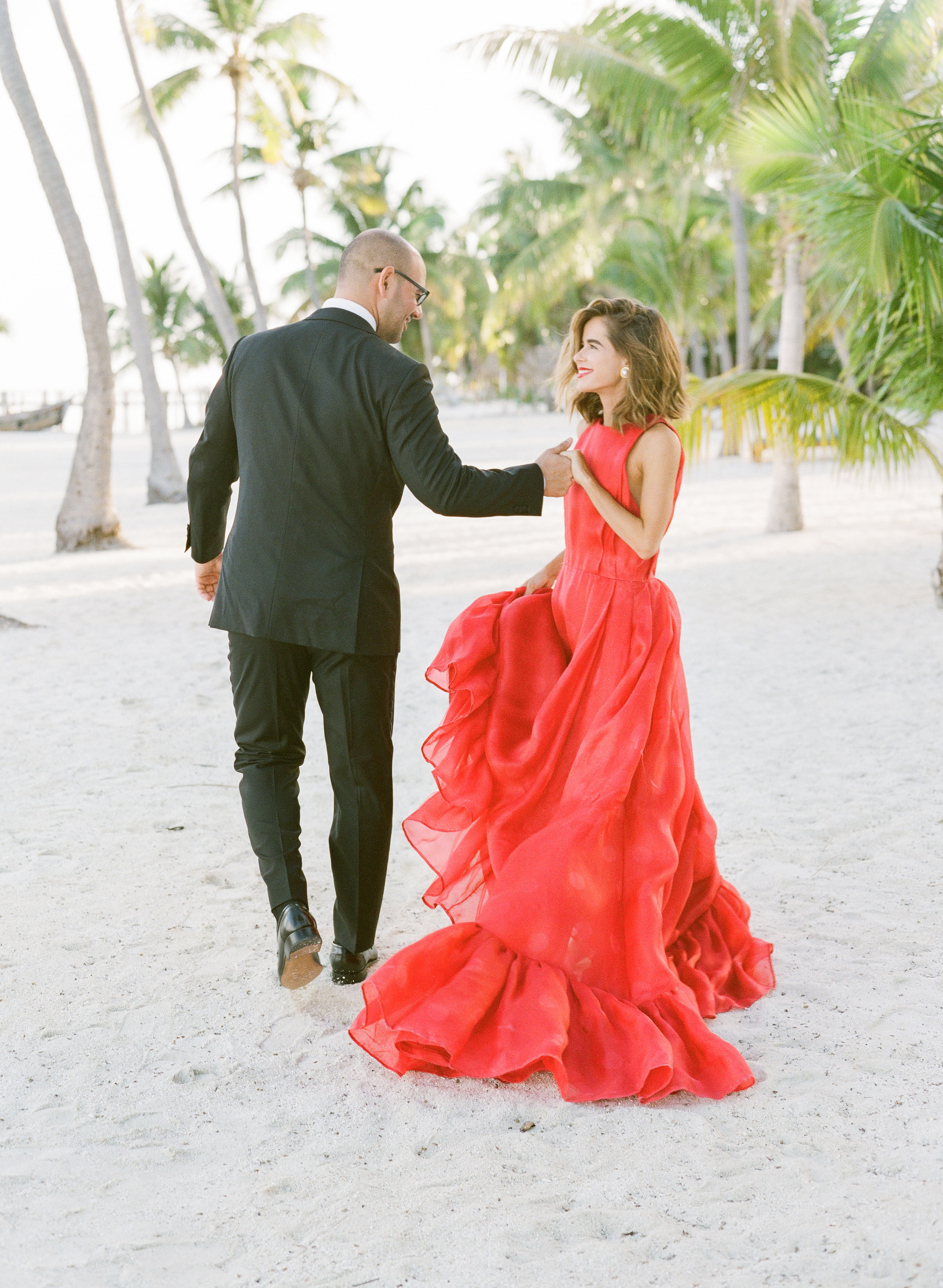 We hope you had an opportunity to read the first part of our Q&A series on how we met, what really happened during our engagement and our thoughts on marriage. As you know one of our team members came up with a few interview questions for both my fiancé and I. And we’re excited to share his part of the story! 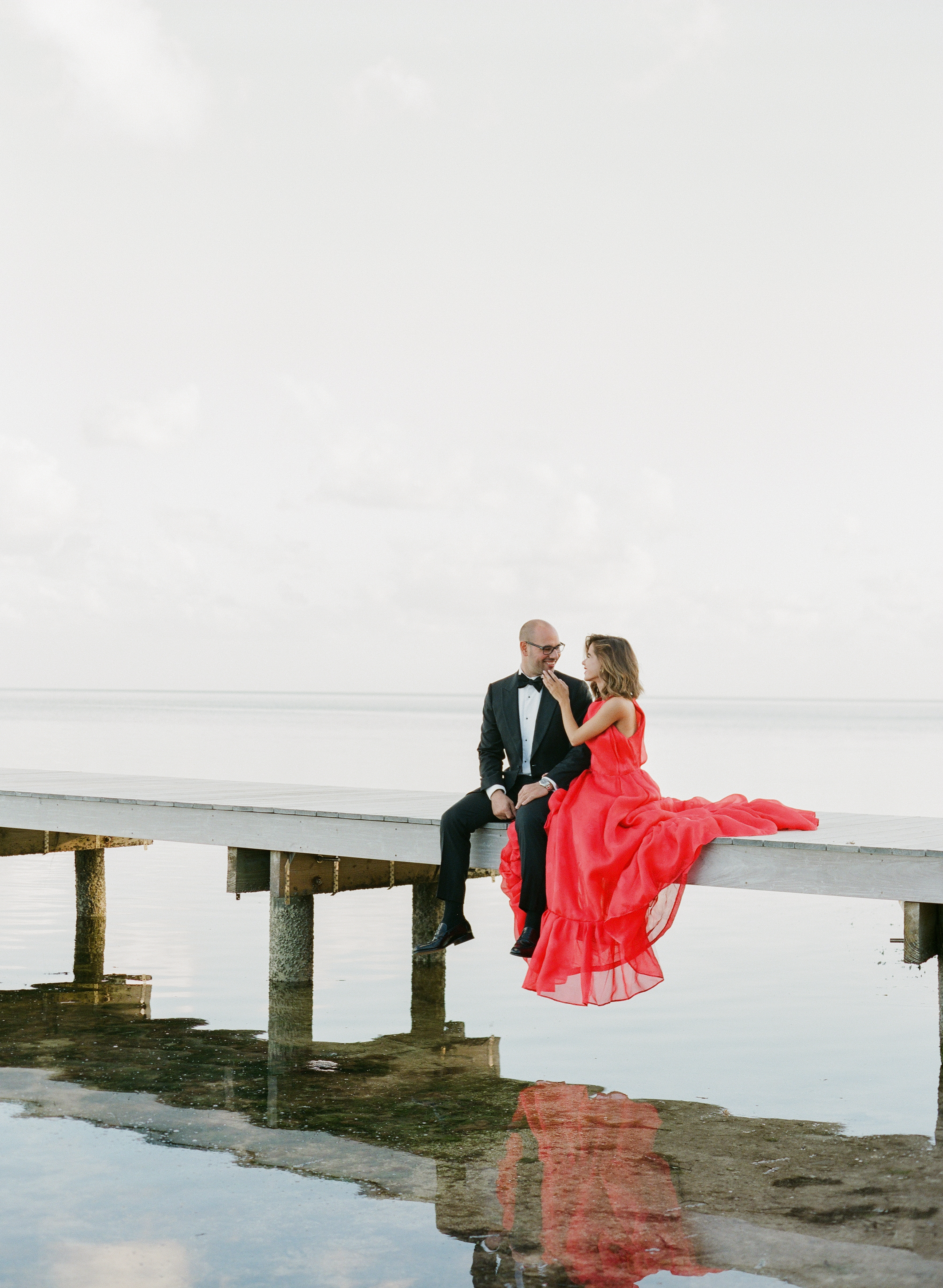 How did you first meet?

I had moved back to Miami in 2015 after being away for quite some time. For the first 6 months, I was focused on work, catching up with old friends and spending time with family. I quickly realized how much people’s lives change over the course of a 10-12 year period – and that was certainly the case for nearly everyone I kept in touch with in Miami. All of my friends were married with kids and had moved to the suburbs, which meant that no one was going to be driving 20 miles to downtown to meet up for happy hour when they had a newborn at home. So, I joined Bumble and set my search radius to the smallest radius allowable (maybe 5 miles). If you didn’t live within a 5 mile radius of me, shop at the same Publix I did, go to the same bars and eat at the same restaurants, you just weren’t the one for me. Seemed logical.

One day I woke up, found a green circle around a fuzzy photo with a pop up that read, “you should expand your horizons”…or something similar to that. But before I could see the profile, I had to hit confirm to expand my search radius. So, I agreed and the next thing I knew, I was searching for people up to 60 MILES from where I lived, and the person in the fuzzy photo was Steph. We chatted for about a week until one Sunday I get a message from her telling me that she was in Miami for work and asking if I wanted to grab a cup of coffee. We agreed to meet up at Panther Coffee in Wynwood, something I was sure would take about 30 minutes. Well, it lasted more than 4 hours and before it was over we already had plans to meet for dinner that Wednesday. And as they say, the rest was history. 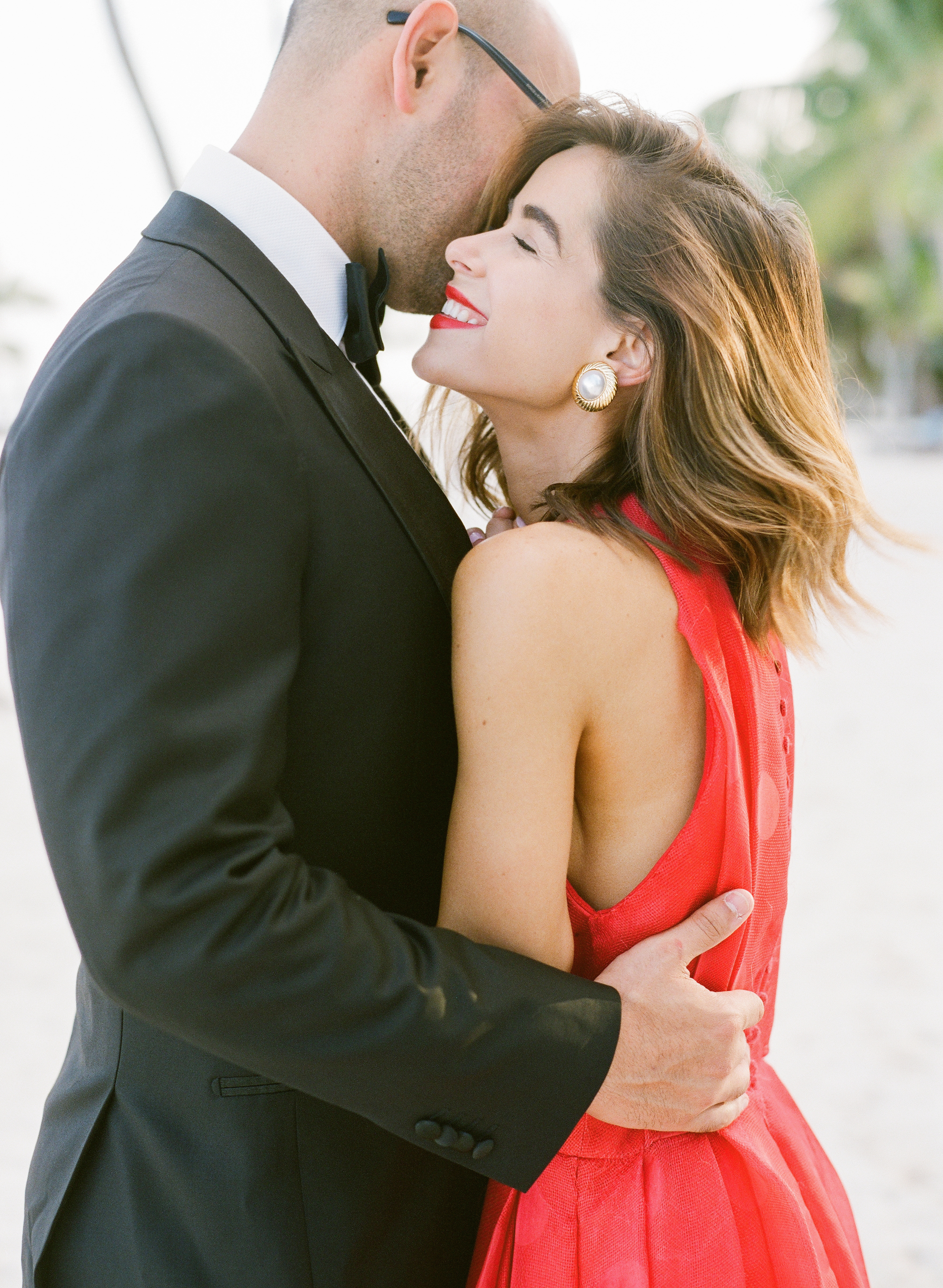 When did you realize you wanted to spend the rest of your life with her?

It was more of a gradual process as opposed to a specific moment, but one day I realized I had stopped thinking of “I” and “me” and began thinking of “we” and “us.” That was a pretty clear sign that she was the one. 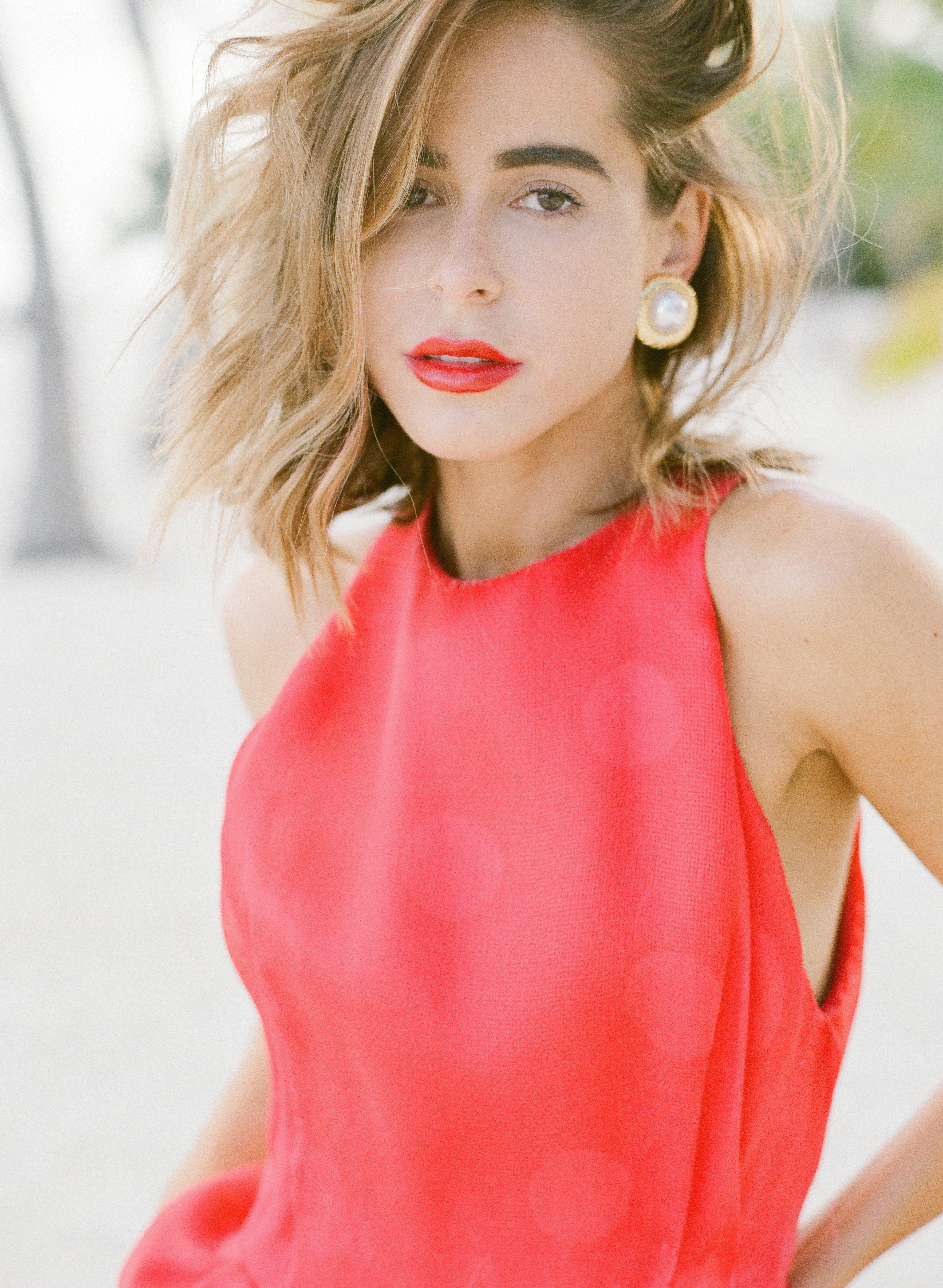 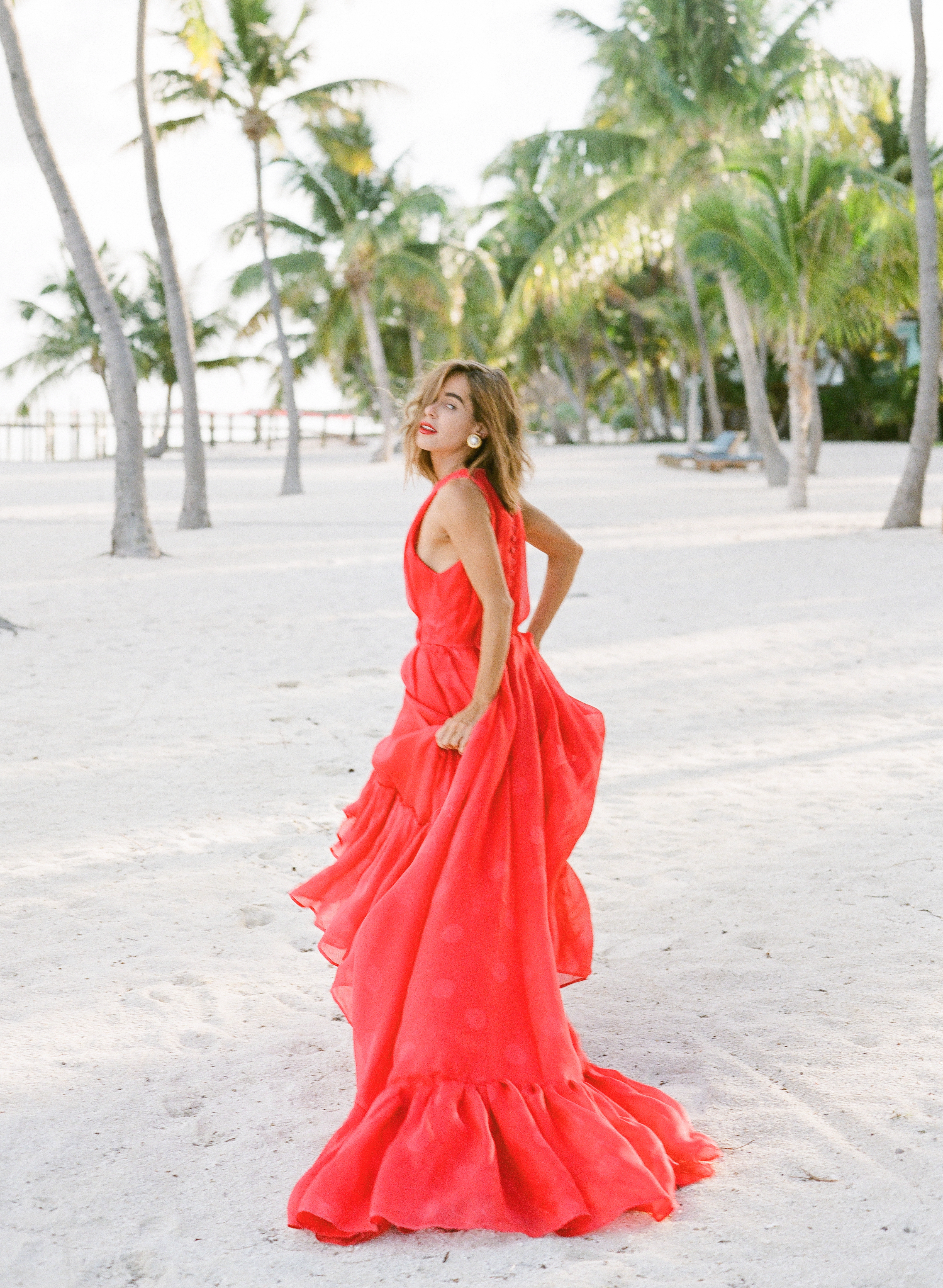 When did you get engaged?

How did you propose?

Did you have to ask this question? I guess I could say “on one knee” and be done with it, but it really wouldn’t do the entire back-story justice.

When I decided to propose to her in Positano, I was already on the search for a photographer to capture the moment. More so for her because I knew it was something she would really appreciate. Months before our trip, I had combed through multiple photographers’ websites trying to get a sense for their work and knowledge of the city, because I was going to rely heavily on their input regarding location and timing. After about 6 weeks of speaking to different photographers and reviewing their location suggestions and the logistics to pull it off, I decided on an early morning proposal with a cliffside in the background. This time of day would allow for soft light (which is apparently an important thing when it comes to photography) and guarantee that the beach wouldn’t be too overrun with tourists. We decided on Sunday morning, which was great because we were set to arrive at the hotel on Friday afternoon and that would give us (or me) some time to relax, enjoy the city and not feel rushed.

The best laid plans of mice and men…

We were on track to fly into Rome on Friday at 8 am with a connecting flight through Chicago that was scheduled to leave at 4:40 pm on Thursday. Meanwhile, I was also flying in the photographer from Venice to take our picture on Saturday, then flying her back out on Sunday. But when we landed in Chicago I learned that the weather forecast for Sunday in Positano was calling for an 80% chance of thunderstorms. Shortly after, I received an email from our photographer saying it would be best to swap Sunday for Saturday given the weather. So we changed our plans, she would fly out on Friday for a Saturday morning proposal now. Then, I heard our flight would be delayed for about 8 hours in Chicago. At one point we were told a decision was going to be made at 10 pm that evening. I made my way to the desk and asked, “ what decision? Are we getting a new flight crew? Are they giving us a new plane? Are there going to be further delays?” They responded with, “a decision will be made as to whether or not we leave today.” For me, that meant if we don’t leave on Thursday, we wouldn’t fly out until Friday, which would put us in Positano on Saturday in the afternoon, which means no Saturday morning proposal!

So I emailed the photographer and explained what was happening. She immediately responded with a new plan: when we arrive, we’ll need to head down to the docks next to the beach and rent a private boat to take us out just far enough to capture the entire city for our backdrop. The photographer would then rent a separate boat and take the picture as I suggested. So this is now plan number 3…and it’s all set to happen within 2 hours of arriving. Well, as luck would have it, we weren’t cancelled. We left Chicago at around 11:30 pm on Thursday and arrived in Positano late Friday. Feeling a little nervous about the whole last minute plan and changes, the next morning I had a few drinks at breakfast. When we were done, we went to the concierge and asked for some recommendations. Brilliantly enough, they recommended a complimentary boat tour along the Amalfi Coast, which would start at 10 am and have us back around noon. Great, so I’m going to take a tour of the entire coast, and then ask her to do it all over again on another boat that afternoon. Anyway, moving on. We go on this complimentary tour, then within 10 minutes she’s hurled over the side of the boat wanting to throw up. Feeling so sick, she completely passes out during the tour. And the entire time I was thinking, if I put this woman back on another boat at 6 pm, she’s going to kill me! What the hell do I do now? This is the 3rd plan we’ve come up with that hasn’t worked!

So when the tour was over we went back to our room that way Steph could lay down for a bit. I immediately began emailing the photographer, feeling completely defeated, saying I have no idea what to do next. Onto plan number 4 in the last 24 hours…the photographer explained that there’s a private beach off to the corner where we could still capture a beautiful picture. What I needed to do was make it down to the beach by 5 pm (or 6 pm, I can’t even remember anymore), find her and pretend to ask if she could take a selfie of Steph and I. The moment she’d hand back my phone would be the signal for me to propose and she would capture the moment. All of this needed to be done in about 5 minutes because they would quickly kick us out. That’s exactly what I did, and I totally pulled it off …flawlessly! Except that I apparently proposed with the ring box upside down (minor details). 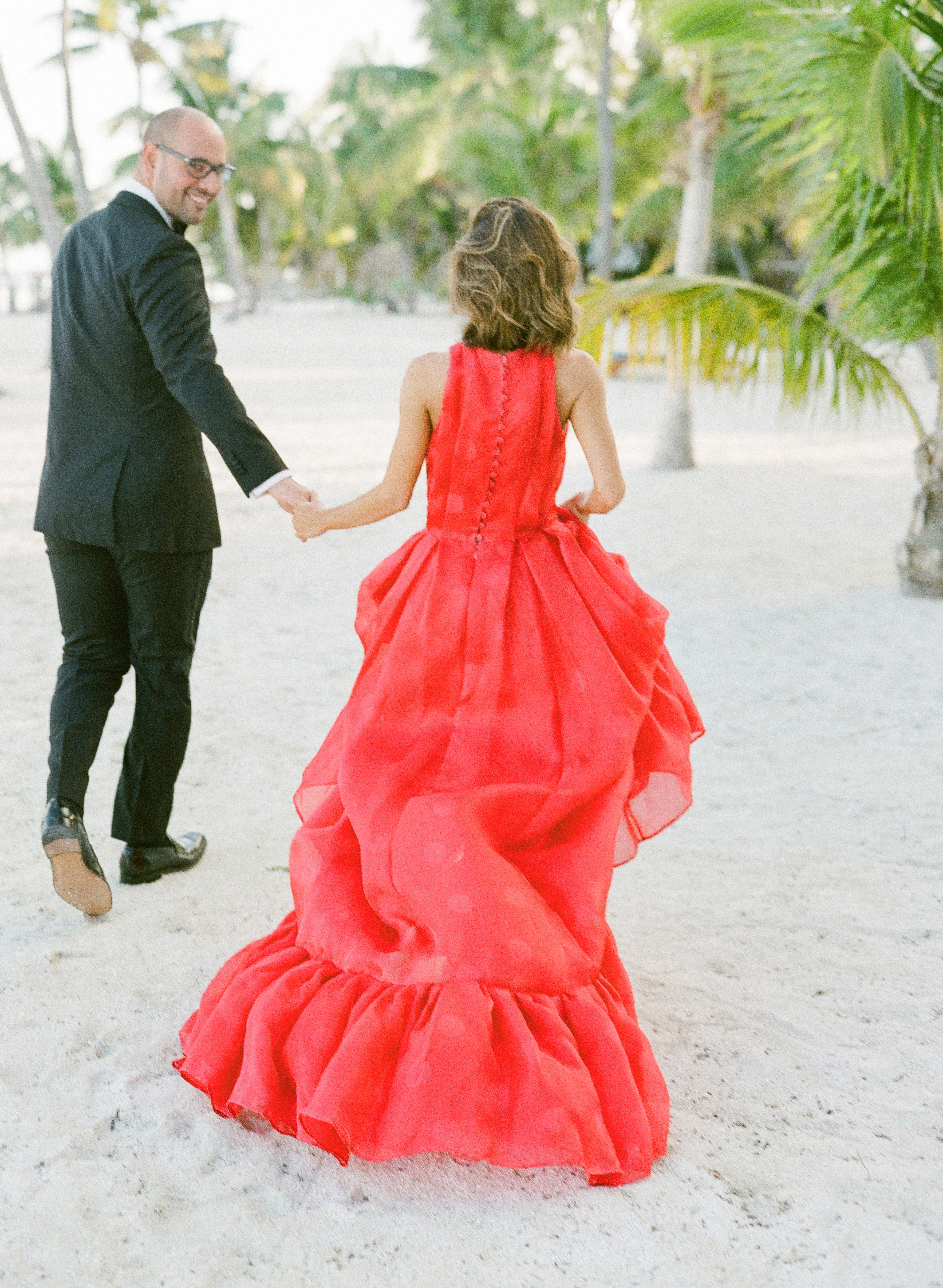 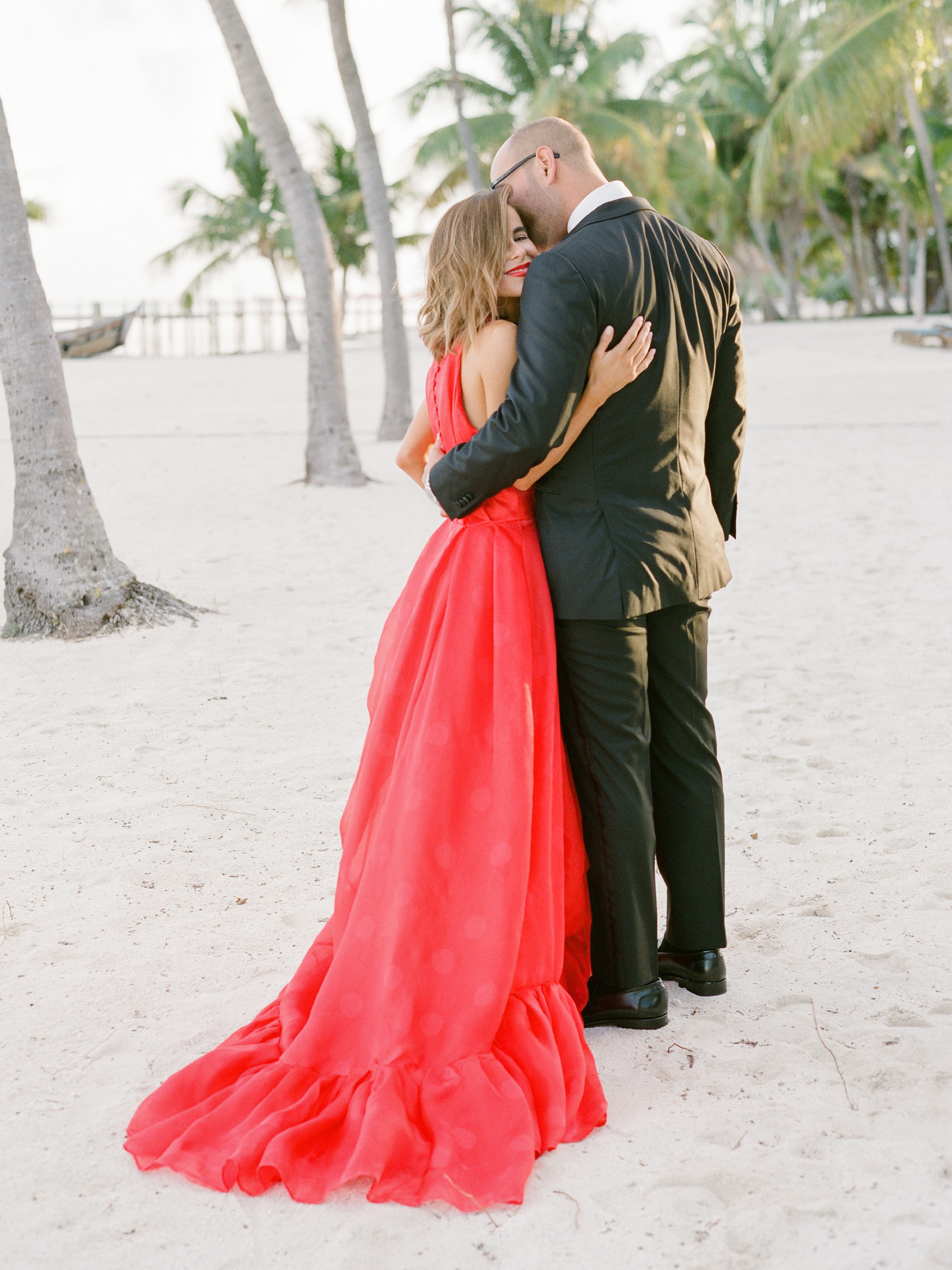 What made you decide on the Amalfi Coast?

The trip to the Amalfi Coast was not originally intended to be where I would propose. Leading up to this, I had been dating Steph for about two years and we hadn’t really taken a big trip together. We had been on several smaller trips, mostly weekend getaways to Mexico. It’s also important to note that Steph is a very difficult person to shop for around the holidays, or birthdays, or Valentine’s Day, or anniversaries. And I’m sure she’ll be a difficult person to shop for on Mother’s Day at some point in the future because given what she does for a living, she pretty much has everything I could ever think of getting her. So instead of giving her any material gift, I opted to share an experience together. The trip to Amalfi Coast was simply a Christmas gift. Things changed when I started researching cliffside villages like Positano and realized it would be a great place to propose.

How long have you had the ring?

I purchased the ring about 8 months before proposing. I wasn’t quite sure how or when I would do it, so I kept it hidden in a place where I knew she would never think of looking: my sock drawer. (I don’t fold socks. I do laundry – fold shirts, short, pants, boxers and even iron when I need to…but I don’t fold socks. I just can’t bring myself to sit down, find a pair and fold them. I probably have 15 socks without a matching pair because my washer or dryer swallowed it up. By default, I just take all my socks and dump them in a drawer. If anyone has a solution to this, I’m open to hearing it.) 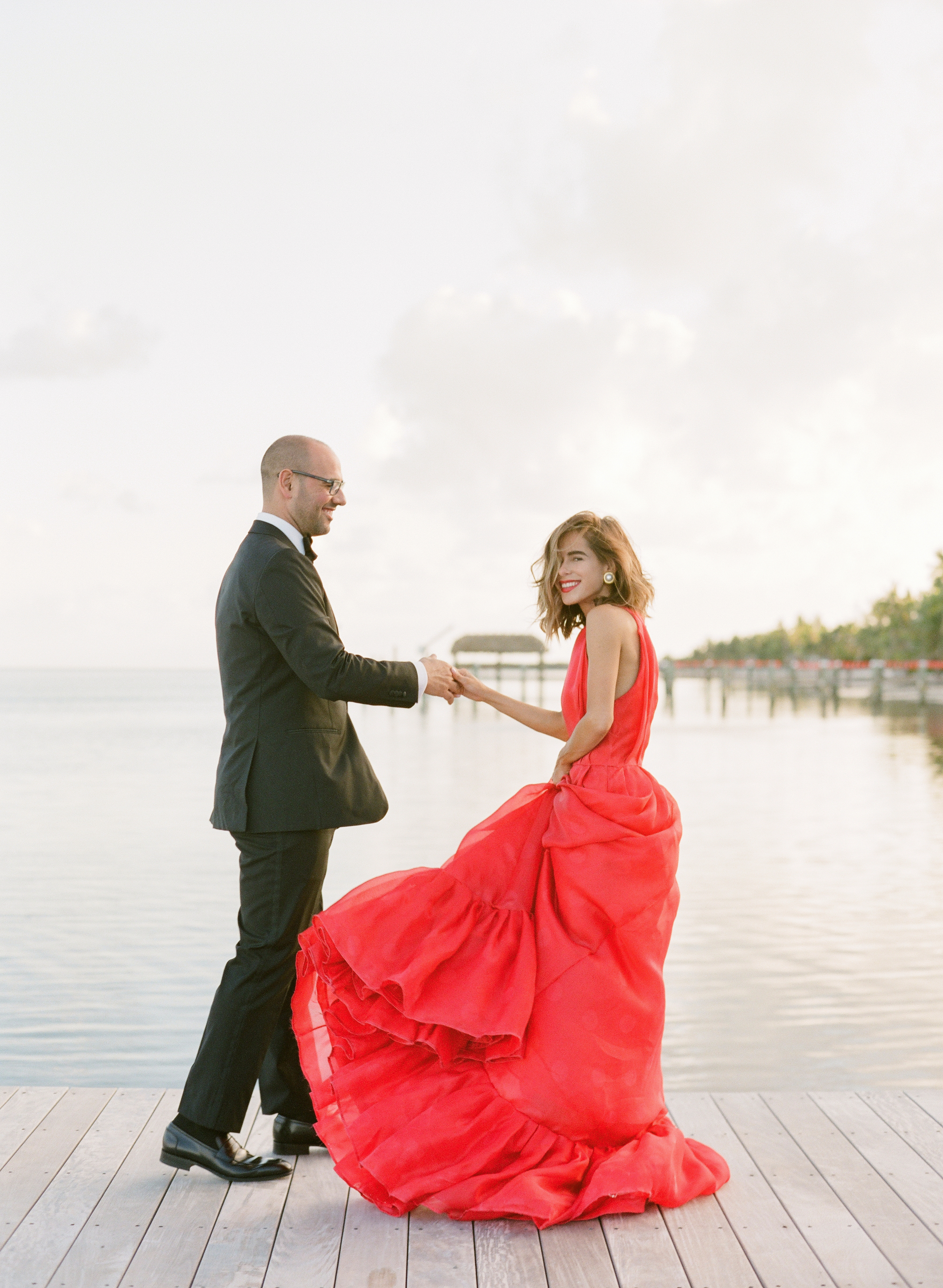 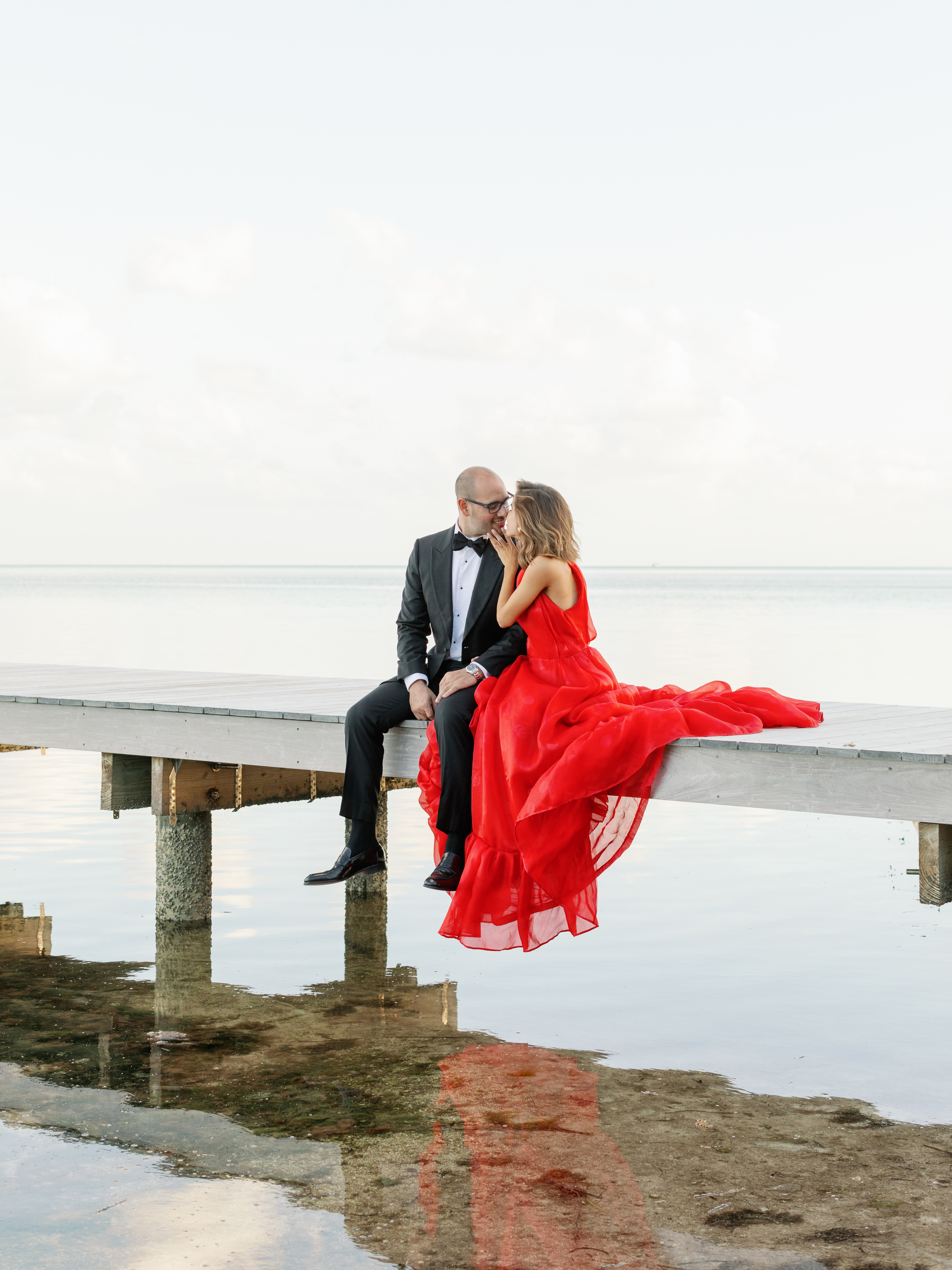 What was the most difficult part before the proposal?

Aside from my answer to question number 4, which added more stress to the actual event than I would have liked, the most difficult part was trying to find a place that would be memorable and then trying to capture that moment for her.

What quality do you most admire about the other?

Her authenticity: It’s not always easy to be the best version of yourself, especially when you’re in the public eye and everything you do is subject to criticism. But she has a way of staying true to herself and being 100% genuine, even if it means going against the tide. She doesn’t waiver in the face of adversity, doesn’t cut corners and doesn’t try to cheat the system to get to where she wants to be. In today’s world, that is a very rare thing.

Her passion, work ethic and character:  She gives 100% of herself to the things that she is passionate about.  She hasn’t always had the easiest path forward, but she has never backed away from moving forward. She’s accomplished a great deal, I would wager far beyond anything most people ever dreamed possible for themselves. Few people know just how brave she has needed to be to accomplish what she has, and she has done it all with an amazing amount of poise.

Her beauty: She carries herself with such grace and elegance, it never ceases to amaze me. Sometimes I look at her and find it hard to believe that I was lucky enough to end up with such a stunning person. 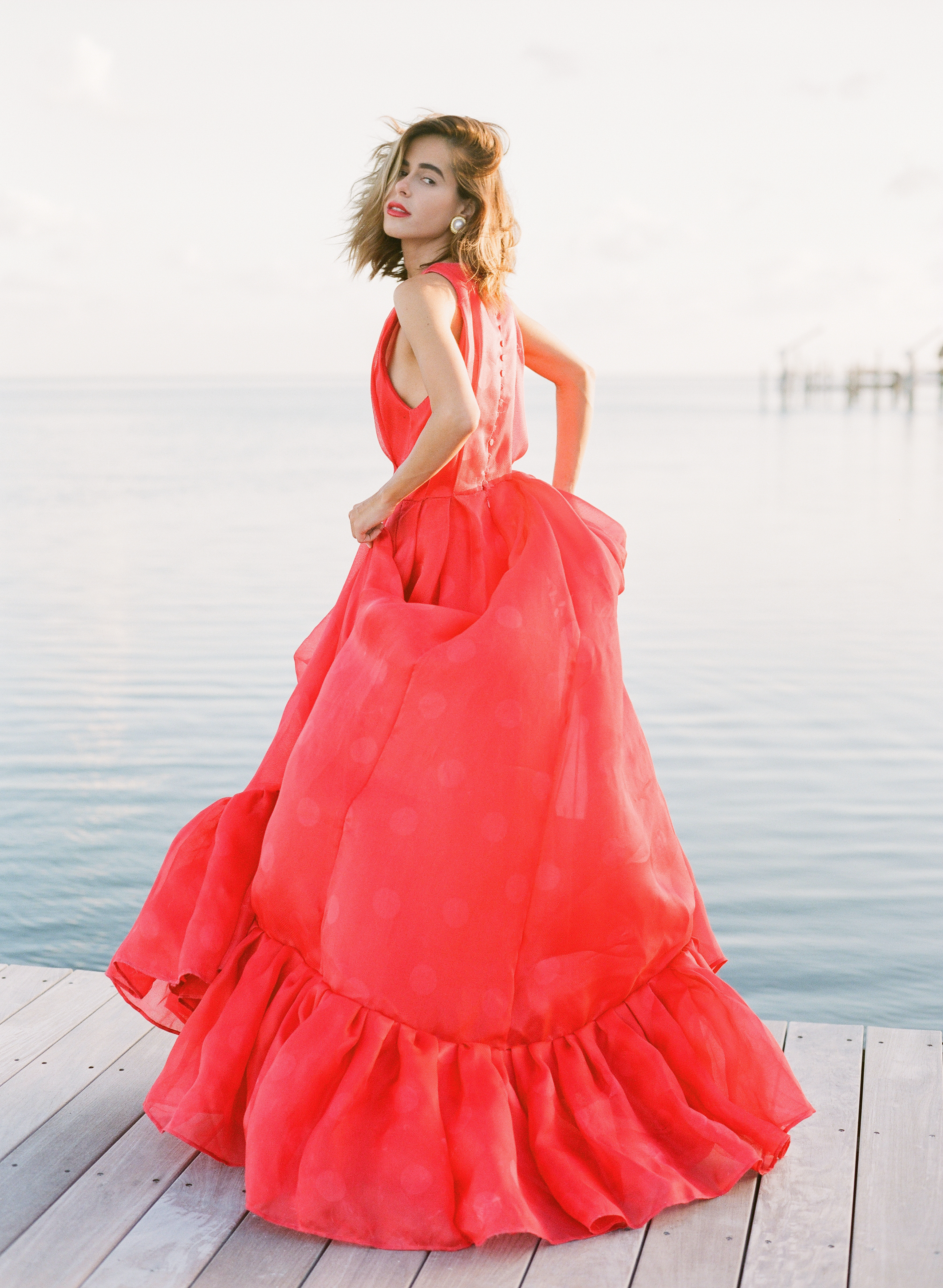 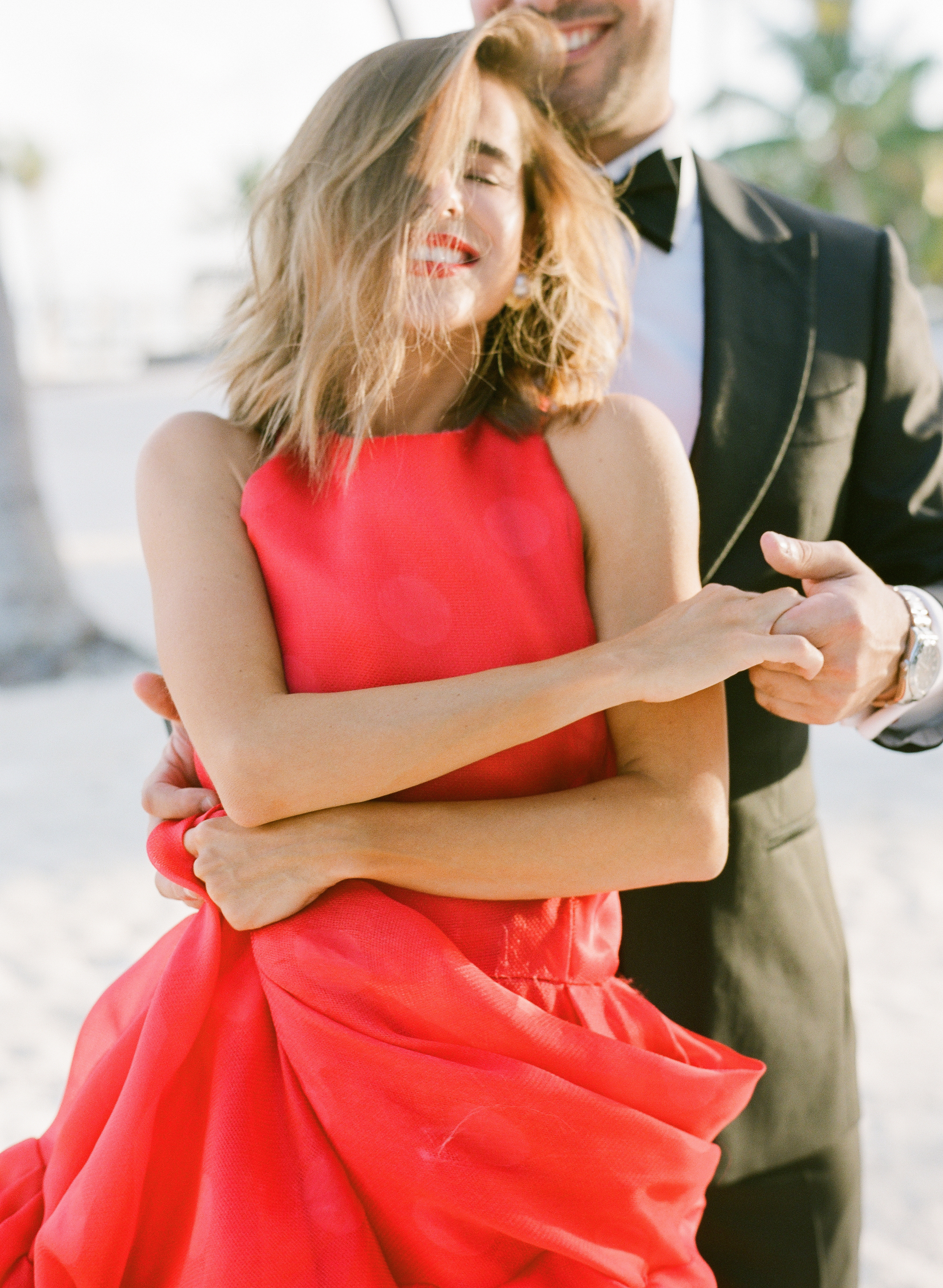 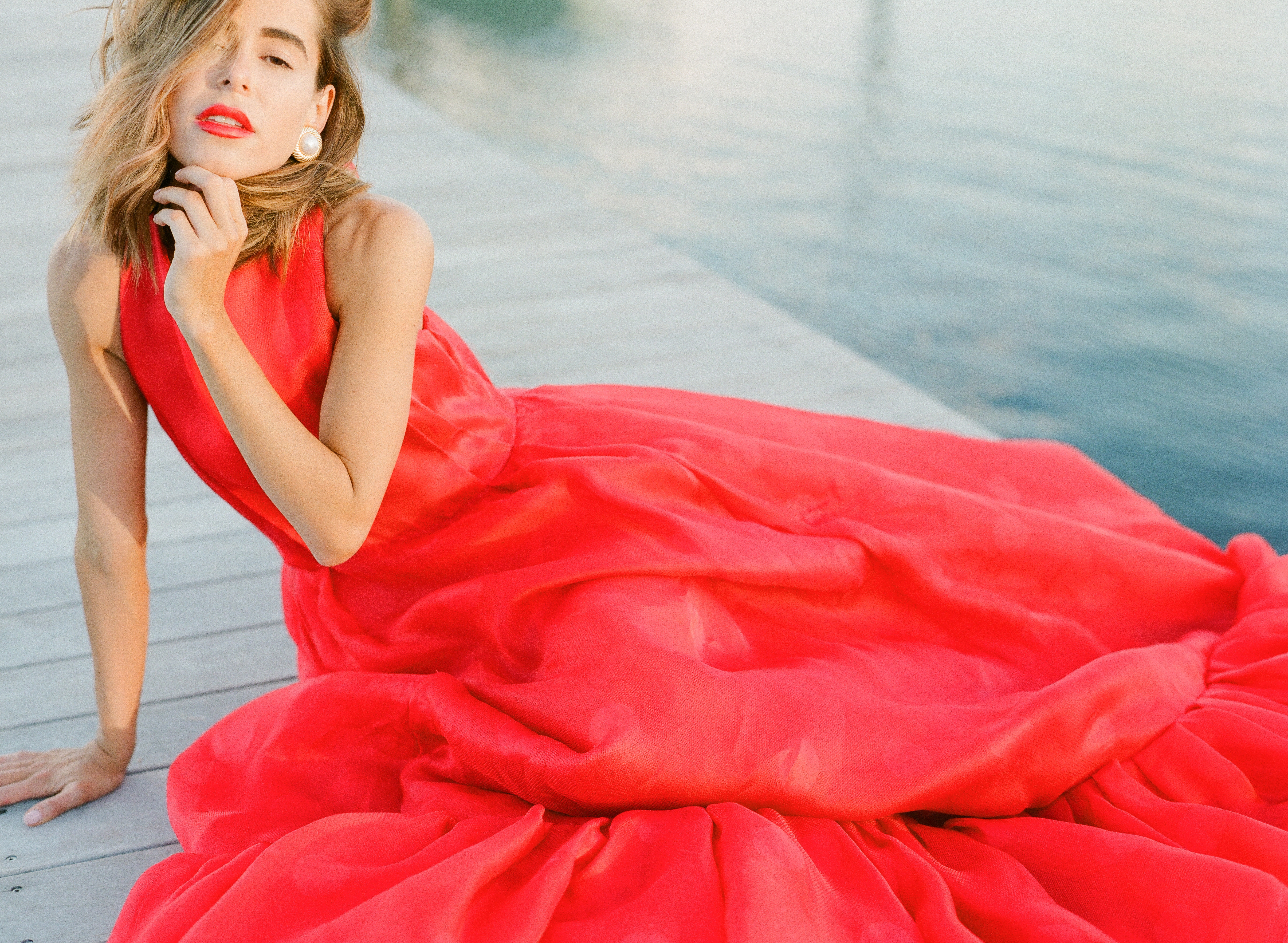 What moment of your wedding day are you most anticipating?

Hands down the pictures! Can’t wait for all of those pictures. Ha! No. I’m really just looking forward to spending one of the most significant days of my life with the people that matter the most to me. That’s really what it’s about, ushering in this next phase of your life with your family and closest friends.

How are you feeling right now?

You hear stories of people feeling nervous or anxious. To be honest, I’m not feeling that way at all. It feels pretty normal. I’m just excited to spend the rest of my life with her. 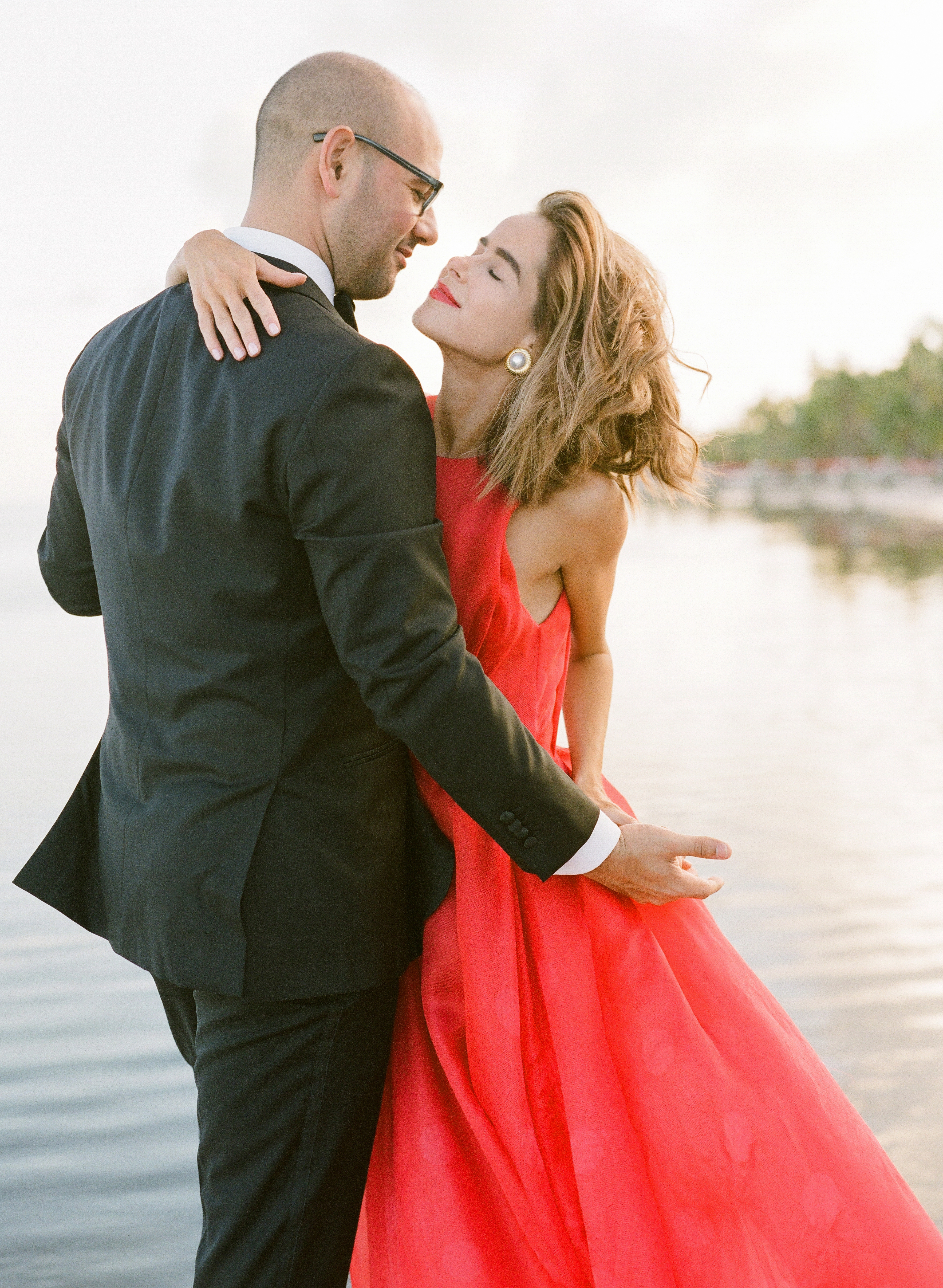 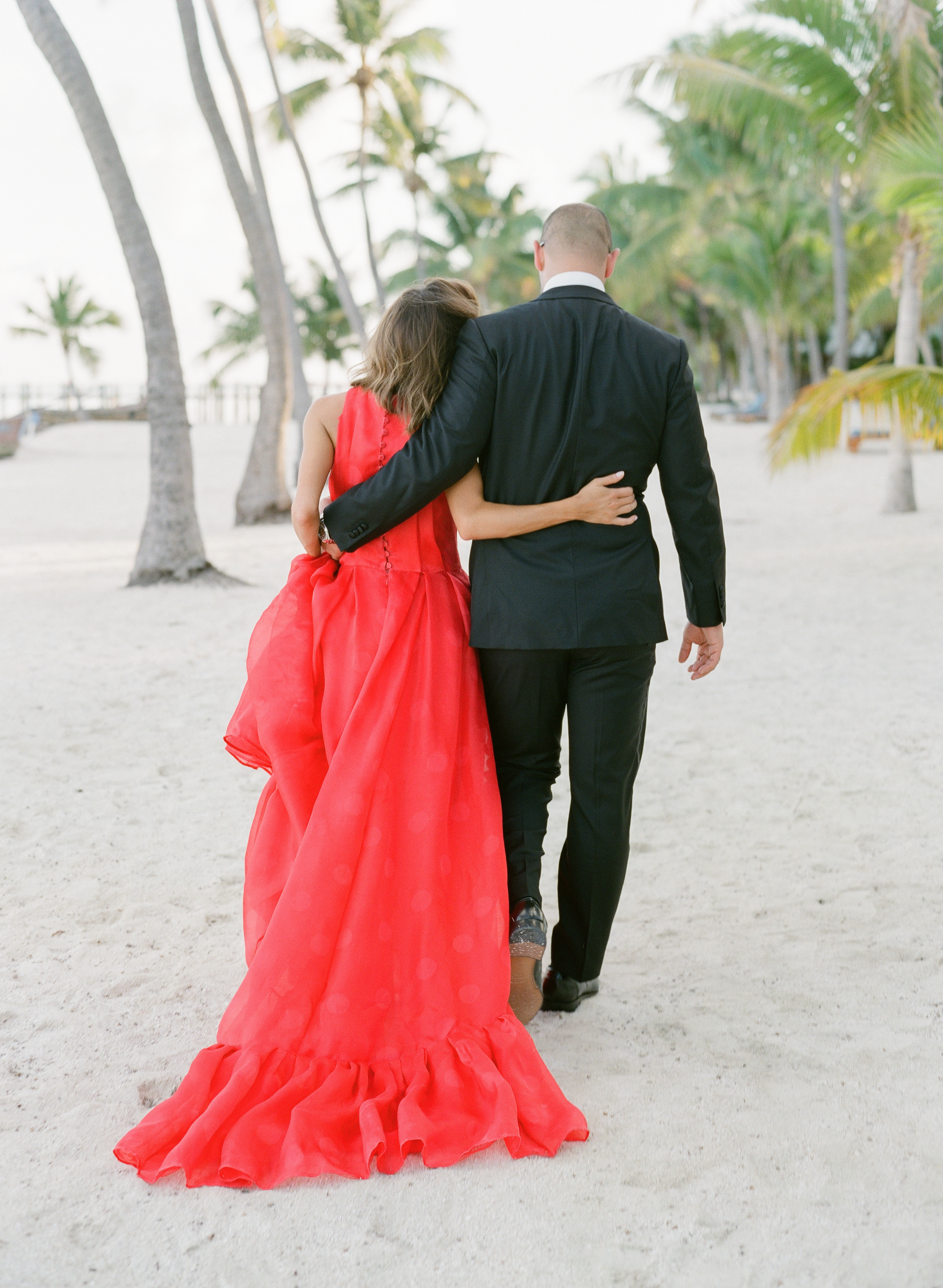